4.57 based on 7 reviews
#8 of 30 hotels The Monarc.ca popularity scale (#1/15) classifies all the hotels of a single destination according to the number of grades received on 5 and the total number of reviews. in Los Cabos
Rated 5 stars
Click here for detailed ratings
Write a review now 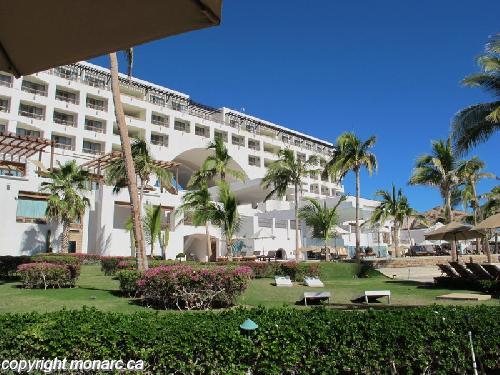 Previously SECRETS MARQUIS LOS CABOS for this review
Scott Jeffery, Keoma, AB
2014-02-19
Secrets Marquis has first class amenities, staff, service, food and views of the coast, close to world class golf, fun city night life and a 25 minute drive from the airport! We will be going again. For the price, this trip provided more value than any trips we've been on which include Hawaii or Indonesia and a lot of the southern states.

The direct flight from Calgary makes this place even a great weekend getaway.

One thing I didn't like was having to pay for internet to stay in touch with things at home. [Details]
The strong points
See hotel review
The weak points
Internet
0   0
Certified

The drawbacks to this place would be;

The beds. Our room had two double beds pushed together to make one ridiculously large bed. There were not enough covers to properly cover the entire bed. And of course there was a seam between the two mattresses, which was awkward and uncomfortable. It really would have been better to have left the beds separate.

Also, checkout was a problem. When we booked our holiday we asked to have a late checkout because our flight left at midnight. We asked again when we arrived at the hotel. We were told that they couldn't confirm until the day of checkout. Even though the front desk attendant admitted to us that the hotel was less than half full. In the course of the week we were told three different prices. Then we were told we they couldn't offer us a later checkout. Later, we were told we would have to change rooms for the additional hours. It was really unnerving to be in such limbo. The staff acted like they really just wanted us to leave. When we finally talked someone into letting us stay we were charged $150 for 4 additional hours. Then we returned back to the room only to find our bed had been stripped down and all the linens had been removed anyway. Very disappointing. When we told the attendant at the front desk what had happened she said "oh well you should have told us sooner" as if it was our fault! We were packing and getting ready to leave and really didn't want housekeeping to come up and waste more of our time. I'm really not sure what the problem was as we had offered to pay for the extra hours right from the beginning.

The hotel is beautiful. The staff at the restaurants and pool were great. The pool is huge and there were always lots of lounge chairs available. The ocean is very rough in this area, so ocean swimming is discouraged. However the beaches are gorgeous. You can hike for miles and miles up and down the pristine beaches.

Wale watching in this area is incredible. We saw wales and other fish jumping out of the water in front of the hotel on a daily basis.

Personally, I don't recommend this place. It just doesn't measure up to other all inclusives in this price range / star rating. [Details]
The strong points
The location and beach are gorgeous! The food is good. And the service staff / waiters were great.
The weak points
The attitude of the frond desk staff was really poor. They were completely indifferent to our requests and concerns. Two double beds tied together to make a king?!? Not sure why they would do this. Needs more dining options.
0   0
Certified

Simone S., Calgary, AB
2013-12-07
The Secrets Marquis has a great location, wedged between the desert and the sea, with breathtaking sea views from each room. We paid extra for an oceanfront room, which are located higher up (floor 4 and 5) and were not disappointed. This hotel really pays attention to the little extras, making you feel special, something we did not experience at other 5* resorts. Although on the small side, this hotel is perfect for those who want to get away and just relax. The activities on site are different too: cooking classes, wine tasting, finger painting to name few. The restaurants do not need booking, which is great, you can just decide on the spot where you want to eat and go there. For us, it was a relaxing, beautiful and romantic experience. Highly recommend it! [Details]
The strong points
Personalized service, attention to detail, perfect beach for long walks
The weak points
Close to highway, some small updates needed
0   0
Certified

Bernie Morrison, Calgary, AB
2013-09-23
After about 20 trips to Mexico, this one was probably the best. The adults only feature guarantees a much more peaceful and restful surrounding. The service and cleanliness was excellent in every capacity. The food was very good and had enough of a variety. As an all inclusive resort, you did not have to wear wrist bands, which was great. The beach area was vey good, although you cannot swim because of the undercurrent. You could walk down the beach though, approximately half a mile or so, to a cove area where you could swim in safety. Overall, we would go back. This is a must go place for adult couples wanting to avoid annoying parents who let their children run around creating havoc. [Details]
The strong points
Adults only is great. Great service/quiet/clean/great workout facility
The weak points
food was not excellent but very good...above average
0   0
Certified 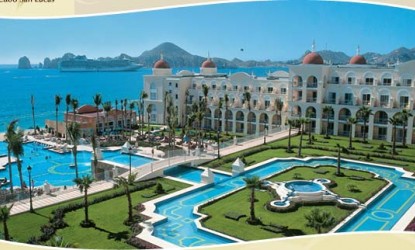 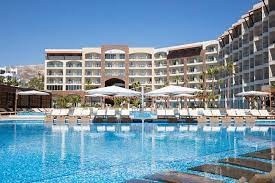 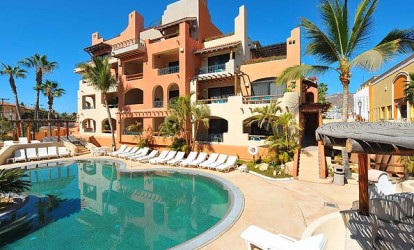 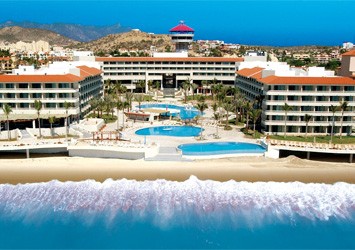